I Feel Like An Alien: The Neurodivergent Student Experience

Ever feel like others are just better at being human? It’s actually more common than you think to feel out of place in a society that teaches children “normalcy” at such a young age. 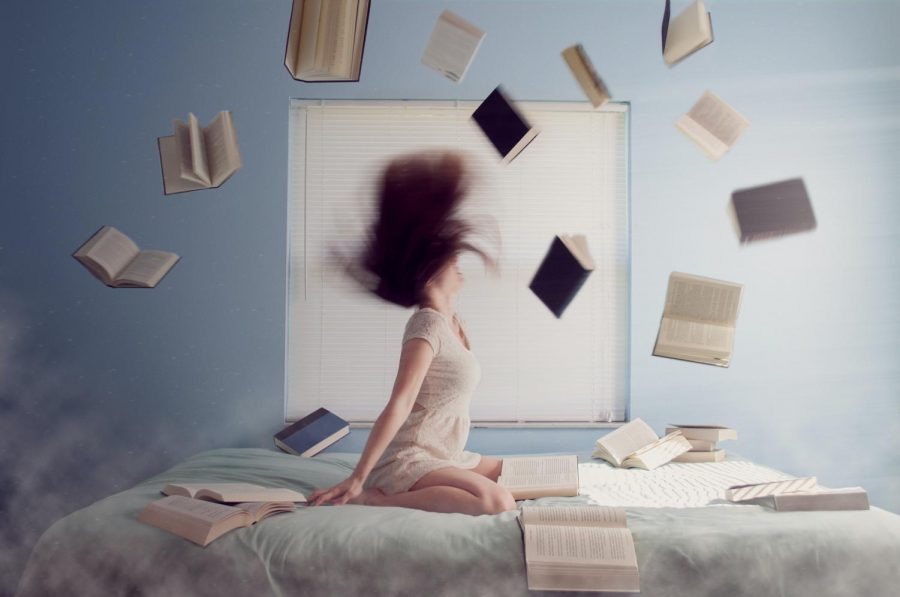 Adolescence  has been noted as one of if not the most difficult part of growing up. Your emotions and hormones become tumultuous, your skin spotty and you’re thrown into a torrent of other kids expected to form social circles. And even then, adults expect you to know what you’re doing.

However, what about the kids who never quite “clicked” with social norms and practices? What if you were always confused about what you were feeling and didn’t understand other kids, let alone could socialise and make friends? That is the common experience of many kids who grew up with a neurodiversity of any kind.

On the playground, being different can make kids a target. According to the Annual Bullying Survey of 2017, “75% of autistic students and 52% of students with learning differences reported being bullied.” Often, some parents, teachers, and other kids were put through added strain by hearing the words ‘autistic’, ‘adhd’, ‘learning disability’ when it was time for new student registrations.

And things only get harder from that moment on, so what is expected of these kids? To be like everyone else.

What does it mean to be neurodiverse? While, being neurotypical varies with individual, as does being neurodiverse; the word can mean something different for everyone, as it is an umbrella term such as race or personality.

Neurodiversity is defined as “people with varying characteristics and behaviours of neurodevelopmental conditions alongside the ‘neurotypical’ majority in a non-prejudiced way.”

But don’t let the buzzwords drive you off. These are merely the scientific terms that make everything sound scarier than it really is. Simply put, what we classify as neurological “disorders” are simply differences from what we view as the typical or “normal” developing human brain.

For example, the neurological disorder Asperger’s is characterised by “a lack of empathy, an inability to pick up on social cues, and awkward body language. Other symptoms include obsessiveness on certain topics or hobbies, an inability to accept change, and an inability to make proper eye contact.”

While many kids who grew up neurotypical may also share these experiences, and even some neurodivergent kids may not have shared experiences such as these, studies show that an overwhelming amount of neurodiverse kids struggle with adjusting to social and academic norms. As every neurodevelopmental disorder differs, as do individuals and vice versa.

“For me, when I think of autism, it’s actually a spectrum that I think of, where it varies with every single person. And it could actually mean a few different things,” states Bernabie Arias, a recent graduate from Escondido High School.

For instance, as someone who grew up with untreated Attention Deficit-Disorder (ADD) as a child, I often struggled with school and performance anxiety. I couldn’t focus on the “important” aspects of academics as well as other kids, and my grades and self-esteem suffered therefore.

My ample interests often diffused and distracted me from otherwise simple tasks. Sometimes even something as plain as a popcorn ceiling could be distracting for a neurodiverse kid. And other times, our hobbies and interests are our only safe haven in a world that doesn’t understand us.

“People whose neurology is different from that of the mainstream are called neurodivergent. By the time we’re getting ready for college, we’re aware of both gifts and disabilities. We might have trouble organizing for school. At the same time, we might have amazing powers of memory and recall. We might fail all our algebra exams yet have the ability to manipulate waves in our heads,” states John Elder Robinson, in an article about neurodiversity and higher education.

“As for me, what I do differently than other people is that I pay close attention to the detail of what I’m looking at. Even when I analyze, I can be very analytical. Those are the strengths that I have, but when I’m actually, say, trying to pay attention when someone is speaking, I’d still struggle a bit with that when I was in the classroom or in a meeting. I still struggle with that, and even when I had to go through my textbooks, every time. I also still struggle with just reading, and that’s probably the biggest difficulty that I have,” states Arias about his specific style of learning.

School isn’t easy. Society doesn’t make it easy. When kids are told that they are supposed to have a future in mind from day one, how can we start to be more inclusive of non-typical students?

All kids learn differently, neurotypical or non. The difference is providing accommodations for kids who don’t keep up with the assigned curriculum.

“I’ve always had speech therapy. Every single year. And it wasn’t expected that I was going to pass still, because I do have issues with my speech, and also issues with communicating with others. And I did really need a lot of help with that; every time I actually went there, I’d learn so much more about it. Even the most basic things, I could think of. They really taught me well about it. I’m not exactly the best on this, but it’s just really nice to learn some stuff. I’m still a bit myself though,” states Arias.

Be it speech therapy, an IEP or, SPED classes, it is a tedious operation to provide neurodiverse students with the accommodations they need for a less than normal school experience.

The process of diagnosis and treatment is a laborious one, especially for girls regarding the fact that neurodiverse females are drastically underdiagnosed or misdiagnosed until a later age, and therefore untreated for a long time. And when a diagnosis is provided, what then?

School is difficult, no matter who you are. Accommodations are required for most neurodiverse students because they are behaviorally different than NT students. An  increased level of uncomfortability, sensory overload, stimming and hyperactivity can be mainly characterised by ASD and ADHD: these are qualities in our society also characterized by immaturity, therefore, adults may treat students as if they are incapable. On the contrary, these qualities of sensitivity can be advantageous, if you know how they work.

The best option: ask neurodiverse kids what they need, they will express it. Sometimes it can be hard to understand, believe us, it’s hard for us to comprehend our own feelings a lot, too. However, taking time to believe in and listening to ND kids is the key to understanding them.

By sharing their stories, we create room for acceptance and understanding.